Every day new products are being introduced into the world of cabling. With newer infrastructures, better technology and business expansions happening on a larger scale, cable products are needed more than ever. One constant that seems to be always taken into consideration when purchasing cable for any major product is if a cable needs to be plenum or non-plenum. In this article, we will be viewing the difference between a plenum and non-plenum rated cable and how to determine which one you will need for an upcoming project. 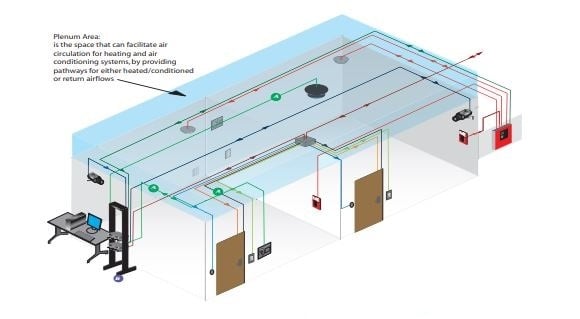 What is a Plenum-Rated Cable?

Plenum-rated is for cables that need to be installed within a plenum space. This means that the part of the building has a higher threshold for air circulation for both heat and conditioned air. Generally, the air pressure is higher and these spaces are found between structural floors and ceiling.

These cables are also safer options when it comes to the building because they have the capability of circulating air in the event of a fire. Due to the safety factor, code requires plenum-rated cable installed through any plenum air return space. 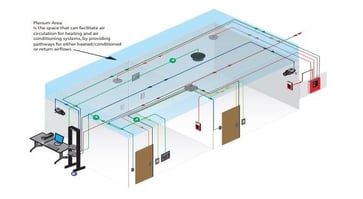 What is a Non-Rated Plenum Cable?

These cables are often referred to as PVC or Polyvinyl Chloride. They tend to be less expensive and many companies will go for non-plenum rated cables unless there are building codes and other regulations stating the need for plenum cables.

PVC jackets have an element of chlorine in them and this can be an issue if PVC begins to burn because it releases toxic fumes into the air.

Example: Larger facilities such as warehouses and distribution centers with fewer people

The biggest difference between the plenum and non-plenum cables is cost. It is important to determine if a project does, in fact, require a plenum cable because it can save both the contractor and company money on installation costs. To learn more about plenum rate cables or if you have questions about an upcoming project, please email sales@westpennwire.com.

Interested in learning more about West Penn Wire and our products?